Natures Rubik: It can always be seen and it’s green!

As I wander the estate there is a plant family that’s always there and without doubt, the most prodigious and well-maintained plants in Sanctuary Lakes. Yet after over 90 editions of Nature Rubik, I have never once mentioned them, either by their family or individual name. Those plants are of course, members of the Grass Family (Poaceae or gramineae).

Besides being a totally intricate part of our Estate’s streets, boulevards and parks, on a wider scale the Grass Family is undoubtedly the most important plant family to all mankind, agriculturally, economically and ecologically. It provides the major cereal crops and most of the grazing for wild and domestic herbivores. Grasslands alone are estimated to comprise about 20% of the world's vegetation. It is also one of the largest families of flowering plants. Other members of the Grass Family are used in Building materials such as Bamboo, Thatch and Straw. And for the really esoteric, one of its family provide the reeds for orchestral woodwinds, clarinets and saxophones.

All members of the Grass Family have similar basic structures. All Grasses have stems that are hollow except at the nodes. They have narrow alternate leaves borne in two ranks. The lower part of each leaf encloses the stem, forming a leaf-sheath. The leaf grows from the base of the blade, an adaptation allowing it to cope with frequent mowing and grazing. For the more technically minded, all grasses germinate as a monocotyledon.

There are two major methods of reproduction in grasses. Some grasses have additional stems that grow sideways, either below ground or just above it. Stems that creep along the ground are called stolons, and stems that grow below ground are called rhizomes. Grasses use stolons and rhizomes to reach out and establish fresh Grass zones. The stolon or rhizome nurtures the new plant until it is strong enough to survive on its own. The second method is by Flowers and seeds. In some grasses such as corn or maize, the flowers and seed are large and obvious, but small grasses also have tiny florets which will produce spores that in turn pollinate other florets to produce seeds. Unfortunately, in lawn grasses, the long thin leaves overshadow the other elements of the plant. Unless you're up close, all you see are green stalks.

What is the Grass Family History and in particular how did grass through gardens, parks and social play areas become an essential element to Human life? 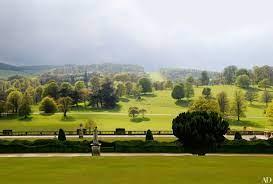 In medieval Europe the first known grass paddocks were grown surrounding the aristocracy’s grand mansions, castles and fortresses, allowing them to view from inside the safety of their walls, any approaching enemy, visitor, or villain.

In the early 18th century, landscape for the aristocracy entered a golden age, under the direction by one of England's greatest gardener Capability Brown, who refined the English landscape garden style with the use of Grass to design natural, and romantic, estate settings for the wealthy. Brown, designed over 170 parks, including Blenheim Palace, Warwick Castle and Kew Gardens, all of which still endure.

Australia at the turn of the twentieth century made its own use of grasses by the establishment of the so-called "nature strip" (a uniquely Australian term) and by the 1920s they had become an essential element throughout the developing suburbs of Australia.

The original landscaper of Sanctuary Lakes Estate Barry Murphy selected two main grasses for our Boulevards, Parks and Nature Strips, the Couch and Kikuyu, with a third Tall Fescue, to be used occasionally where needed. 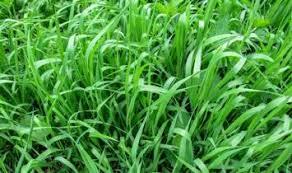 Couch is a warm-season grass that is known for its drought and softness underfoot, rich blue-green colour and water efficiency. It is a rhizome with a fine leaf blade that produces dense growth, it thrives in full sun areas and also has very strong horizontal growth. This allows it to tolerate very low mowing heights. These strong growth habits also attribute to its ability to handle high amounts of traffic, whilst enabling it to recover quicker if affected by wear and stress. This makes Couch turf suitable for large areas such as our parks, recreational areas, the Boulevard’s nature and median strips. One of Couch’s most favoured features is its natural dark blue-green colour and ability to maintain a strong colour even in poorer quality soils, although it can be subject to browning in cold winter climes. There are many different couch cultivars, the most common one being Santa Anna which is grown on the golf course.

The name Kikuyu comes from the East African tribe that lives in the region where the grass originates from. It’s wildly spread in Australia, New Zealand, and the southern region of California. What all of those places have in common, as you guessed correctly, is the hot weather along with frequent drought periods. Kikuyu grows via stolons and rhizomes. This means, the main quality of Kikuyu grass is that it thrives in such conditions, which makes it a popular choice among many gardeners and landscapers when planning organised cultivation of Parks, Playing Fields and Boulevards. The main visual difference between Kikuyu and Couch is their natural leaf size. Kikuyu has broad straight tall leaves that can reach up to 40 mm in length and 5 mm in width. It stands up tall in almost any weather conditions, even in the hottest days of the year, due to it’s strong, deep root base. This root system gives Kikuyu amazing regenerative powers that heal it quickly if damaged by say foot traffic. There’s also a negative, the strong root system allows Kikuyu to become very aggressive in expansion. If left on its own Kikuyu can very quickly become an obnoxious weed. It is the only member of the Grass Family to be banned from being planted within house lots by Sanctuary Lakes ARC committee. 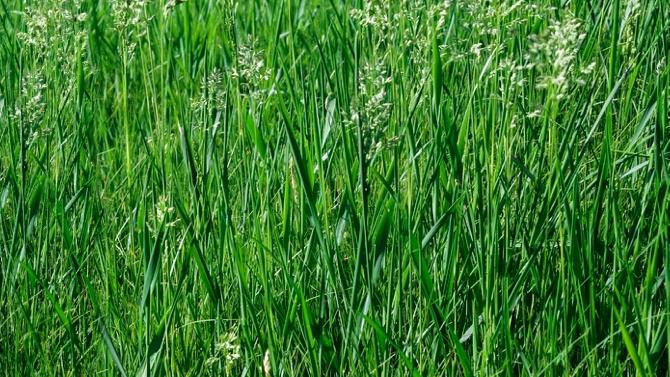 Tall Fescue is a perennial cool-weather turf grass that is used by gardeners because of its strong growth habits. The leaves are wide blades with a dark green colour that is maintained even in winter. The blades are very coarse to the touch, with topsides that are shiny. It is both drought and shade tolerant. They survive well without regular watering and grow in areas where it's too hot for cool grasses but too cold in the winter for warm-season grasses. Tall Fescue is a clumping type grass.

As I stated at the beginning, the Grass Family can be seen all around our Estate. The various leaf shapes and sizes, plus their green blue and even brown colouring makes the differences between the family species, relatively distinctive.